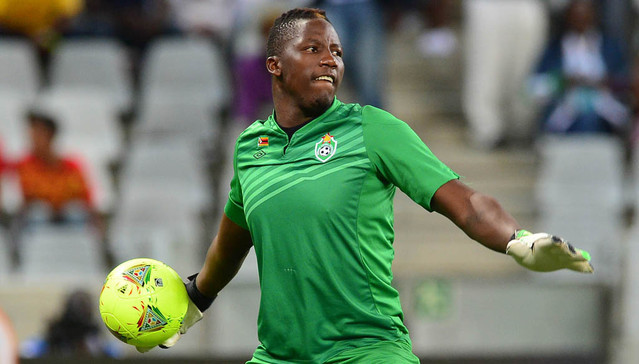 Mamelodi Sundowns’ Khama Billiat was cautioned in the added time after coming in as a substitute in the 69th minute in a 3-1 victory against Orlando Pirates. The forward started on the bench as he is yet to gain top form after he recovered from an injury. His introduction was not heavily felt as he took long to heat up.

Also to get in the referee’s book was AmaZulu’s Butholezwe Ncube.

The midfielder was in the first eleven and got a yellow card in the 22nd minute. He had a decent game and his team drew 1-1 against Baroka FC. Talent Chawapiwa who stole the show over the weekend with his screamer during a TKO tie was part of the Baroka playing team. However he was substituted in the 63rd minute.

Kingston Nkhatha returned to the squad when he featured in SuperSport’s 3-0 victory over Golden Arrows. Nkatha come in as a substitute in the 83rd minute and his first effort went wide.

On the other hand, Kuda Mahachi and Knox Mutizwa were in Arrows’ XI. Thomas Chideu came in as a substitute in the 46th minute but unfortunately, he was forced out in the 72nd minute due to a lower back strain. This was Arrows’ first league defeat of the season.

George Chigova kept a clean-sheet when his team Polokwane City drew 0-0 against Kaizer Chiefs. Team mate Walter Musona did not play while Chiefs’ Willard Kastande played in the clash. Edmore Chirambadare came in as a substitute with four minutes left on the clock when he replaced Siphiwe Tshabalala.

Left back Ronald Pfumbidza made another first start when Bloemfontein Celtic beat Evans Rusike’s Maritzburg United. Pfumbidzai has became a regular in the first team since he joined Celtic in September. Rusike also started for his team but was replaced in the 74th minute.