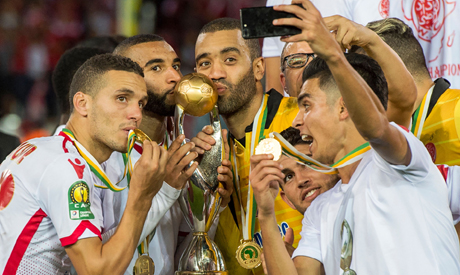 El Karti made the most of a recurring defensive lapse to power home a header nine minutes past the hour mark in a goal that bore a striking resemblance to Wydad’s first-leg equaliser which saw them hold Ahly to a 1-1 draw in Alexandria.

The solitary goal sparked wild celebrations at the Mohammed V Stadium in Casablanca, with Wydad holding on to their advantage to secure their second Champions League title, having won their maiden accolade in 1992.

Ahly were denied what would have been their first title since they lifted the last of their record eight trophies in 2013, having struggled to trouble the assured hosts throughout apart from two clear-cut chances in the first half.