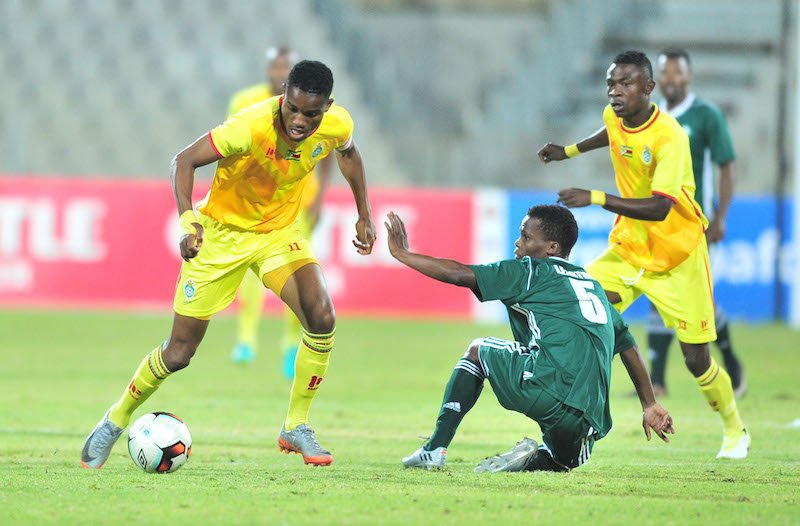 Lesotho National team coach, Moses Maliehe, is excited that Zimbabwe has named a strong squad for next Today’s friendly against Likuena at Setsoto Stadium.

Saudi Arabia based Tendai Ndoro who plays AL Faisaly in Saudi Arabia will captain the Zimbabwe squad that includes a galaxy of British, South Africa and locally-based players.

Zimbabwe and Lesotho last met at the COSAFA Cup in July where the former edged Likuena 4-3 enroute to winning the regional tournament.

Zimbabwe only featured local their local and South African stars in that tournament and Maliehe is excited by the prospect of their overseas contingent playing at Setsoto Stadium.

He said this would give his charges a strong test ahead of their Africa Cup of Nations (AFCON) qualifier against Cape Verde.

“It is going to be a very good game because Zimbabwe is bringing a strong side with their overseas-based players and we have also assembled a balanced team,” Maliehe told the Lesotho Times this week.

“Every team in our (AFCON) group has equal chance of qualifying and friendlies against Zimbabwe and Malawi will help us a lot.

“I am happy with our preparations. We train from Monday to Wednesday and send players back to their clubs because they have a busy schedule of league matches.

“We cannot complain about not having players every day because they are playing regularly at club level which is very good for them.”

Maliehe has since made several changes to the squad that played at the COSAFA tournament, calling up LDF’s Thabang Rabi as well as bringing back veterans Ralekoti Mokhahlane, former skipper, Nkau Lerotholi, Basia Makepe, Nkoto Masoabi and Poland-based winger, Luciano Matsoso who makes the return after a brief involvement in the national team in 2015 after Maliehe was first appointed the national team head coach.

He however, said Matsoso was unlikely to feature against Zimbabwe as he was expected to arrive late from Poland.

“We will use him against Malawi a few days later because of the long traveling from Europe,” Maliehe said.

“For attack, we do not have Jane Thabantšo who is still making his way back to full fitness after a lengthy injury. But we have Matsoso and Lerotholi back in the team.

“People should remember that the national team is not like the development teams where we develop young players, it is about results and that is why we have included experienced players like Mokhahlane.”

Likuena is in Group L of the AFCON qualifiers alongside Tanzania, Cape Verde and Uganda.