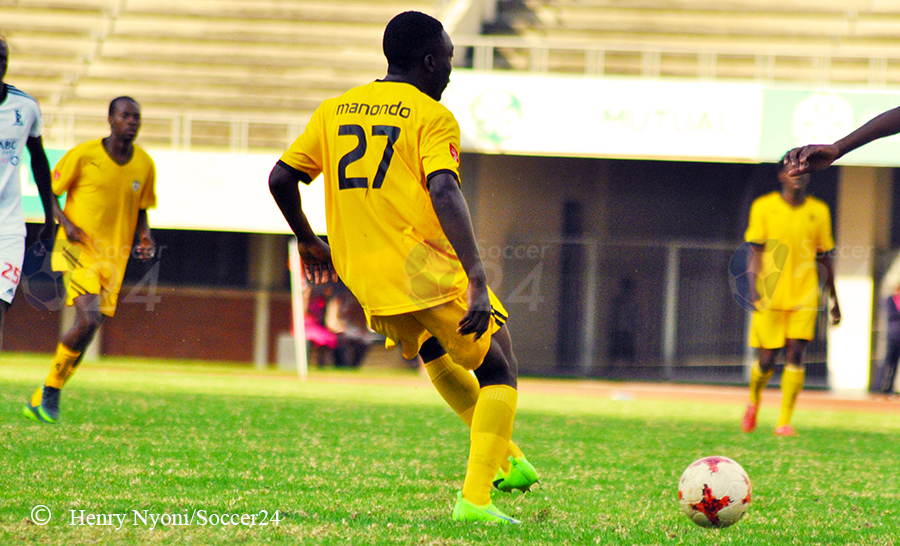 Harare City midfielder William Manondo has demanded full concentration from his teammates when they face How Mine in the Chibuku Super Cup final at Rufaro Stadium tomorrow.

Manondo has been the tournament’s top goal scorer in the previous three seasons but has failed to emulate that form in this season’s campaign where he has found the target once.

The midfielder is however determined to put that lean spell behind him when they face the gold miners and has reminded his teammates of the need not to underestimate their opponents.

“It’s going to be an interesting match there is no doubt about that,” Manondo told the club’s official website.

“It’s important to know that this is a cup final and usually cup finals are really difficult. There is need for us to stay focused throughout the match. We need maximum concentration from everyone and there is no need for complacency.

“I don’t want to take anything away from How Mine, they are a good side, very orgnised but we are not afraid of them.”

On his scoring form Manondo said: “Of course this I haven’t scored as much as l have wanted but the good thing is that our team thrives on team work. I am also hopeful of getting a goal in the final.”

Harare City will be desperate to become the first side to win the Chibuku Super Cup twice since it returned three years ago.

The Sunshine Boys have already tasted the sweetness of the Chibuku glory having already been crowned champions in 2015 after beating Dynamos 2-1 in the final played at the National Sports Stadium before going on to represent the country in Africa.

But they only stayed as far as the first round as they were eliminated by Zambian side Zanoco. City is the most consistent team in the tournament having reached the final three times.