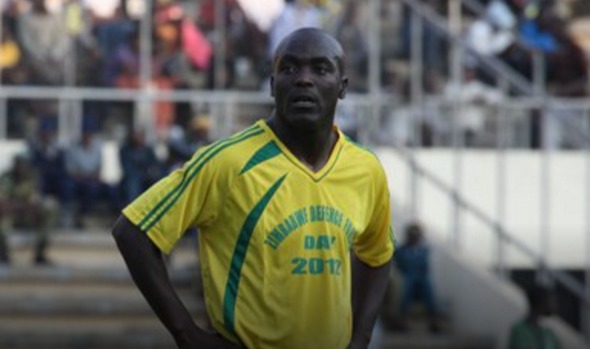 Lazarus ‘Mali’ Muhoni was hurt after being overlooked for the Warriors Legends match against Barcelona Legends played at the National Sports stadium on Sunday.

Muhoni who scored the vital goal in the 1-0 win over Mali which ensured that the Warriors qualified for their maiden African Cup of Nations in 2004, was hurt that some younger players who didn’t contribute much to the national team were chosen ahead of him.

“ I called Zifa communications manager Xolisani Gwesela and he said it was too late and the list was already done. I went to the dressing room and spoke to Mhofu (Sunday Chidzambwa) and Peter (Ndlovu) and they all felt that there was an omission. How can a player like Ashley Rambanepasi be called a legend when we can’t fit in,” quipped Muhoni.

“ When I was seated on the terraces, fans kept on asking me what I was doing there instead of being on the pitch and that’s when I had to go and talk to the coach and the captain. I felt like the guys l played with from Bulawayo Ronald Sibanda, Johannes Ngodzo were in there but me I wasn’t,”.

There was an uproar after the initial list was released with fans querying the absence of Gidiza Sibanda after which Zifa gave a lame excuse saying it was a typing. Sibanda who is one of the best midfielders of his generation showed that he hasn’t lost any of his sublime skills when came in as a substitute in the second half to help Zimbabwe come from behind and forced a 2-2 against the Barcelona Legends.