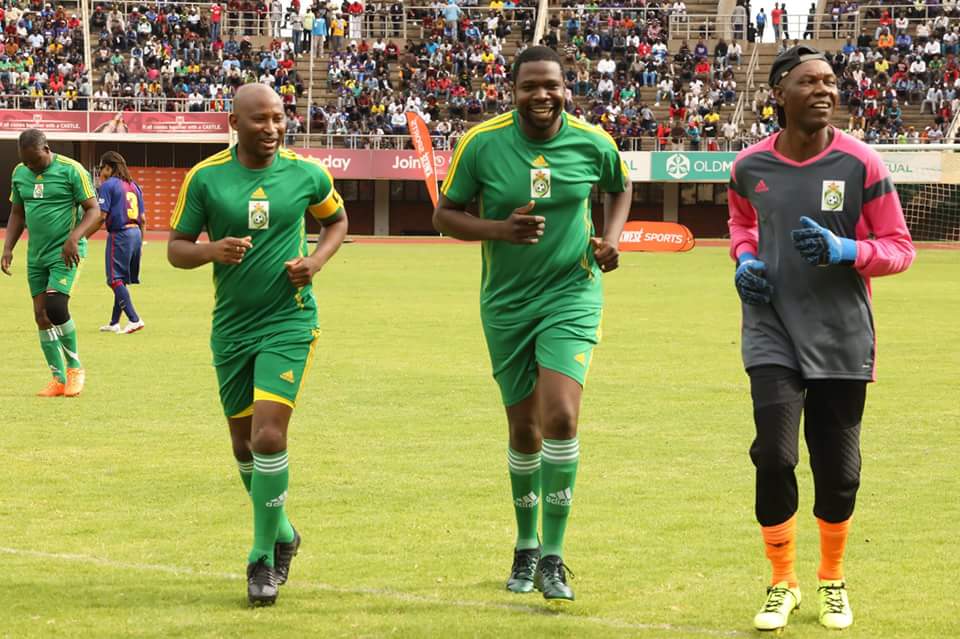 It’s all for fun, the Zimbabwe football Association has finally opened up on the inclusion of PHD’s Prophet Magaya in the Warriors Legends match against the Barcelona Legends.

ZIFA’s legends match over the weekend certainly paid dividends as witnessed by the massive crowd estimated at around 35000 that graced the match against Barcelona Legends which featured the likes of Patrick Kluivert, Edgar Davids and Rivaldo.

While most people agree the match was thrilling and fun, the inclusion of Magaya hogged the limelight with Social media going abuzz in anger as some people appeared irked by the man of cloth’s inclusion in Warriors Legends team when he never played for the Warriors.

ZIFA vice President Omega Sibanda explained that it was all for fun and ZIFA had the right to field whoever they want for the match.

‘’The prophet is not a Warriors Legend but he played for the Warriors Legends on the basis of an invitation he received from us as our special guest,’’ Sibanda told the Herald.

‘’The next time we have such a game, we could even invite someone like Oliver Mtukudzi to be a guest player for the team because this is all about having fun and football should use such occasions to cement its relationship with those who are legends in their fields in this country.

‘’We are all Zimbabweans and that is the bottom line and the people who were at the National Sports Stadium and who watched the game live on television really had a great time and we are happy that we brought smiles on the faces of many Zimbabweans.’’ He added.

The man himself Prophet Magaya said he was unfazed by all the criticism, but instead is basking in glory of having featured with legends he grew up admiring.