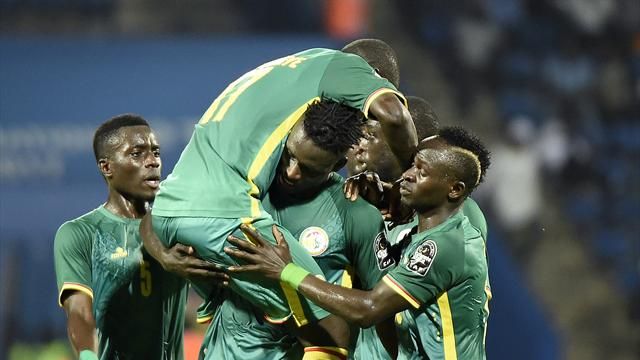 A late strike from Kara  M’bodji  in the stoppage time secured a 2-1 win for Senegal over South Africa in the  final group D 2018 World Cup qualifier.

Opa Nguette put the hosts ahead on the 55th minute when he chipped the ball from 25-yards out to give his side an advantage. Bafana Bafana had a chance to equalise eight minutes later but Themba Zwane’s penalty failed to hit the target as Senegal remained in the lead.

However, Mbonji then rose high again to head home and sealed maximum points for his team at the final whistle.

Senegal finished the group on top with 14 points while South Africa anchored with four points.