Dynamos also kept the gap close with the log leaders when they beat Bantu Rovers 3-2 at Barbourfields Stadium.

Ngezi set the pace in the opening minutes, retaining a slight advantage in possession.  Micheal Charamba broke the deadlock on the 25th minute putting the visitors in front.

Pure Platinum Play tried to quickly get back in to the game but they only equilised on the stroke of half time when Kelvin Moyo found the net after meeting Ali Sadiki’s corner kick.

The second half saw a slow start with both teams failing to reach for goal. However, Ngezi conceded again from a set piece when Sadiki sent his corner kick to Rodwell Chinyengetere who slotted home in the 70th minute.

Frustration started to take a toll on the visiting team and they failed to make any meaningful attacks for the remainder of the game.

The result remained unchanged at the end of ninety minutes, officially putting Ngezi out of the title race.

Christian Epoupa opened the scoring as early as in the 6th minute. Five minutes later, a great inter-play in the box saw Quality Kangadze doubling the lead.

Woes continued to mount on Rovers when Dembare captain Ocean Mushure scored the third goal in the 24th minute.

The home team pulled one back on the 43rd minute mark through McCarthy Dube.

The teams went to half time with Dynamos in the lead.

Bantu Rovers resumed the second half more determined and they scored their second goal three minutes from start after Nigel Papias converted from the spot.

Goalkeeper Tonderai Mateyaunga made a superb save in the late stages of the game which denied the hosts a potential equaliser.

The game finished 3-2 in favour of Dynamos. 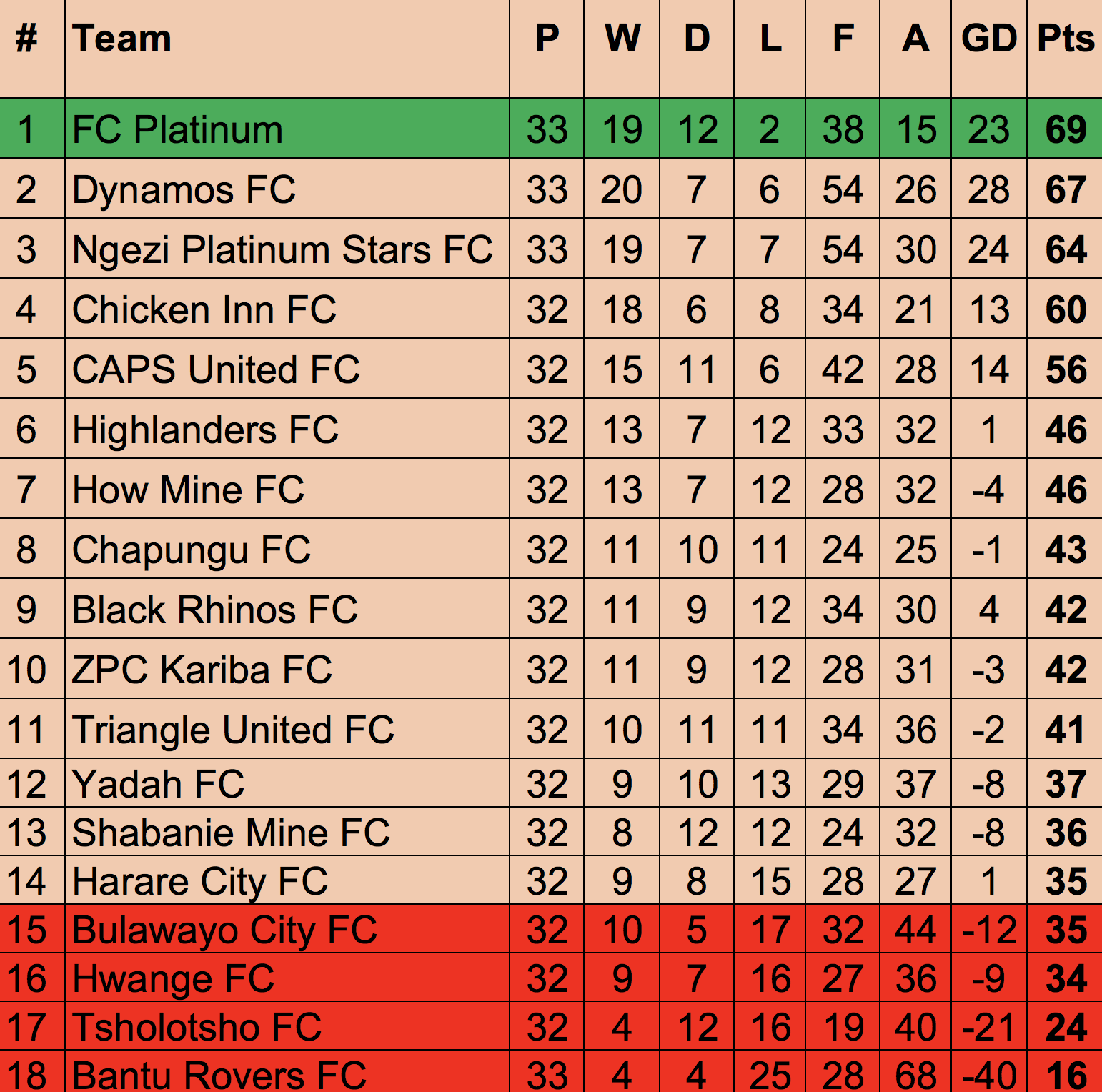