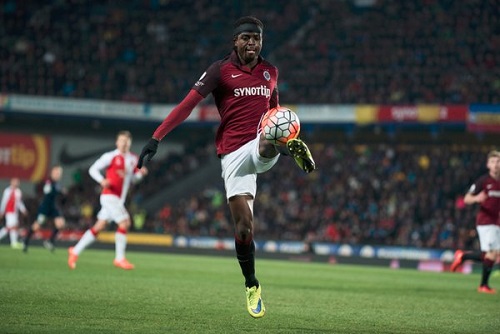 Costa Nhamoinesu (Sparta Prague, Czech Republic)
The tall defender reached a milestone on Friday when he featured in Sparta Prague’s 1-0 home win against Vysočina Jihlava. Nhamoinesu marked his 100th league appearance for the team. However he received a yellow card in the 77th minute.

Knowledge Musona (KV Oostende, Belgium)
Knowledge Musona started in the first XI in a goalless away draw against Standard Liège on Saturday. He was substituted in the 74th minute when Zinho Gano was introduced.

Tendayi Darikwa (Nottingham Forest, England)
The fullback was in the first team which lost 1-0 away to Birmingham City on Saturday. Nottingham Forest are currently on 11th position on EFL Championship table after match-day 17.

Kundai Benyu (Celtic, Scotland)
The midfielder did not play in Celtic’s 1-0 victory on Saturday