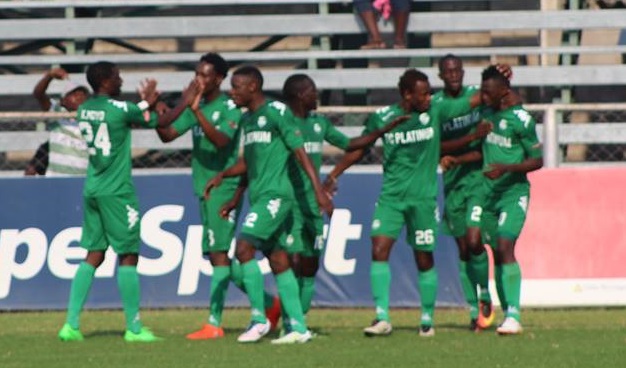 FC Platinum have clinched the 2017 Castle Lager Premiership title following their 2-0 win over Chapungu at Ascot Stadium on Saturday.

This was FC Platinum’s last game as they pipped over nearest rivals Dynamos who also won their last match against Chicken Inn, meaning Nomarn Mapeza’s side has an insurmountable two-point lead at the summit of the table.

It seemed ;rather prescient as FC Platinum made a storming start. First half goals from precocious forward Rodwell Chinyengetere and Ali Sadiki wrapped up the title for Platinum.

Chinyengetere has symbolised the attacking mentality and youth-driven make-up of this team with a goal early in the 2nd minute.

It is the first time in the club’s history that they have won the championship.

FC Platinum’s remarkable achievement also puts an end to Harare and Bulawayo teams longstanding dominance of Premier Soccer League. The Zvishavane based club have finished amongst the top of the pile for the previous four seasons but failing to win the title.