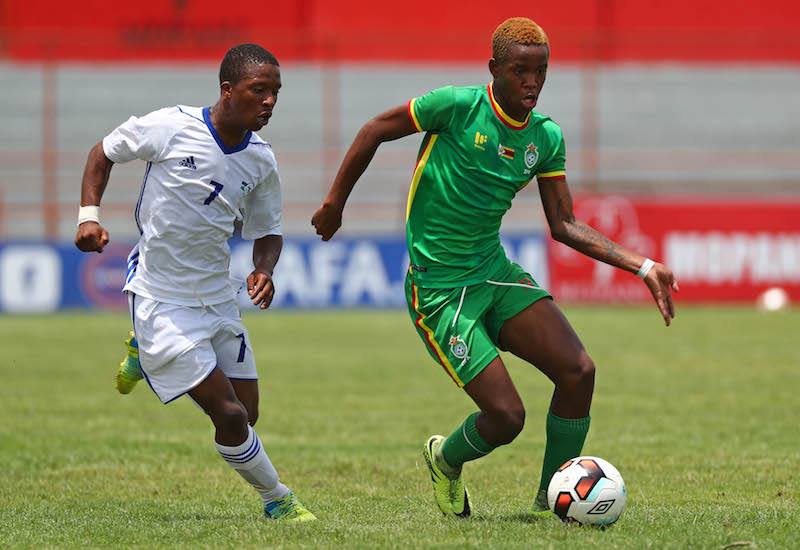 Lesotho and Zimbabwe played to a goalless draw in the first game of Group C on Thursday.

The Young Warriors played second best to their opponents in the first half as Lesotho made several chances but failed to convert one. Their first real attempt came in the early stages of the game when Raboama Koloti was denied by the post while moments later, goalkeeper Tinotenda Ali was forced in to a fine save.

Zimbabwe resumed the second half more organised but they failed to make clear chances. On the other side, Lesotho tried to reach for goal several times but the defense kept them at bay.

The match ended with no goals scored and they now await the outcome of another Group C encounter between Angola and Namibia to see who will occupy the first position after round one.

In another game played on Thursday, Lyle Foster scored twice as South Africa edged Mauritius 2-0 in a tightly contested Group B clash.

Foster hit the woodwork in the first half before he scored his first goal of the day in the 73rd minute. He completed his brace deep in the injury time to put South Africa on top of Group A after first round of group stages.

Meanwhile, today Angola and Namibia will play in the first game of the day before Uganda and Swaziland clash in Group A encounter.  Hosts Zambia date Malawi in another Group A clash to be played at 17:30.