Wasteful Zim crash out of COSAFA 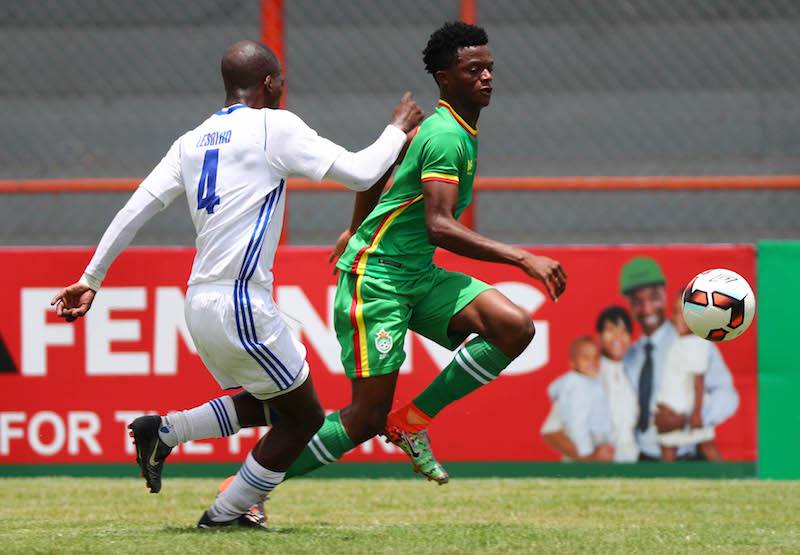 Zimbabwe crashed out of the 2017 COSAFA Under 20 tournament after they played to a goalless draw against Namibia on Tuesday to finish second in Group C with five points.

The Young Warriors were left regretting the goal opportunities they wasted through out the game after Lesotho drew 0-0 against Angola to seal their semi final berth as group winners. Lesotho join South Africa, Uganda and Egypt in the knockout stages. Egypt qualified as best runners up with six points.

Their first real opportunity came on the quarter hour mark when Delic Murimba’s shot went an inch wide.  The Hwange forward had another chance few moments later when his header from far post was cleared off the line.

However, after surviving numerous attacks, Namibia came close to break the deadlock in the 38th minute but they were denied by the woodwork.

Zimbabwe soon launched a quick counter attack but Murimba failed to utilise the chance with the keeper to beat. As a result he was booked for simulation.

Highlanders midfielder, Denzel Khumalo’s effort which went straight to the cross bar in the added time was the last highlight of the first half.

The Young Warriors resumed the second period searching for an early goal when Mavhunga’s effort went over the bar. The Boys retained the majority of ball possession but they wasted every chance that came on their way.

Goalkeeper Tatenda Ali was called to action towards the hour mark when he saved a close range grounder. He was again forced to make another brilliant save eight minutes later when he tipped a dangerous ball over the bar.

The game ended with no goals scored and Zimbabwe were knocked out of the tournament with one goal.

Wasteful Zim crash out of COSAFA