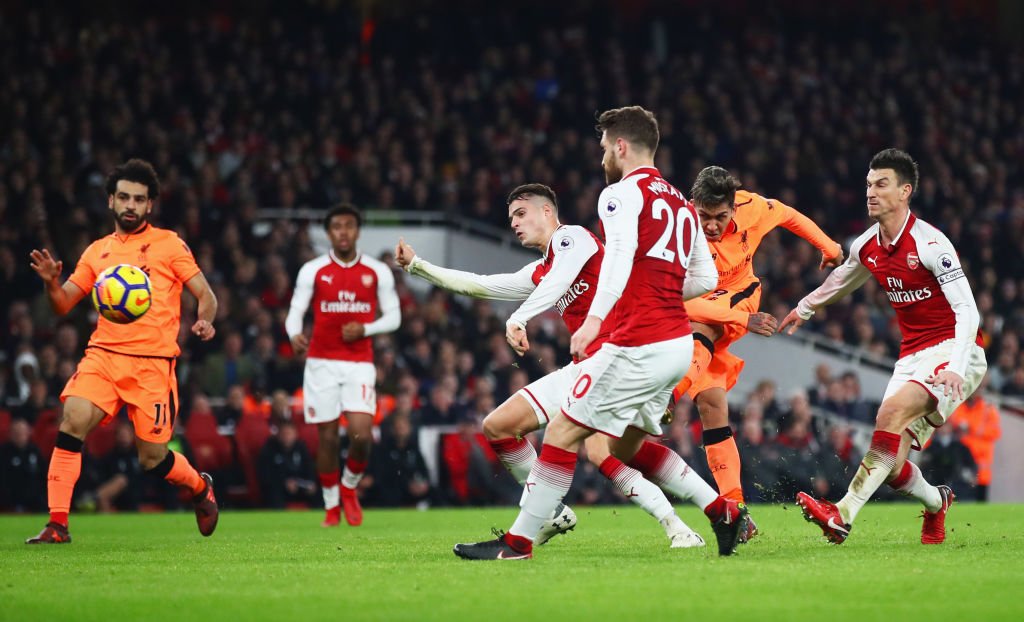 Arsenal and Liverpool shared the points in a six-goal thriller, as they drew 3-3 at the Emirates Stadium on Friday night.

The Reds dominated position in the opening minutes but their first real chance came in the 21st minute when Roberto Firmino’s header was turned away by Petr Cech.

The Gunners struggled for the remainder of the first half and they survived a late scare when Sadio Mane sent his effort over from an unmissable position in the 44th minute.

Mohamed Salah doubled the lead seven minutes into the second period but Arsenal responded quickly through Alexis Sanchez, who headed home Hector Bellerin’s cross in the 53rd minute and two minutes later, Granit Xhaka struck home from the edge of the box to bring the scoreline to 2-2.

Mesut Ozil completed the comeback in the 58th minute when he calmly fired the ball past the goalkeeper from a close range.

However, Liverpool restored parity in the 71st minutes through Firmino.

Arsenal pushed for a winning goal in the closing stages but they were unable to create clear-cut chances as the score remained 3-3 at the full-time whistle.