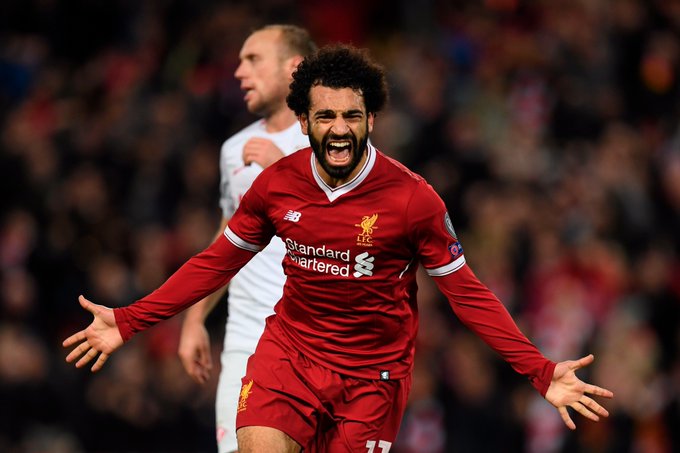 Liverpool have ensured that they will end 2017 in the Champions League places courtesy of a 2-1 win over Leicester City at Anfield this afternoon.

The Reds fell behind after less than three minutes as Jamie Vardy continued his remarkable record against the Merseysiders, and despite creating a string of chances the hosts could not restore parity before half time.

However, a second-half brace from Mohamed Salah saw Jurgen Klopp ‘s side come from behind to pick up a valuable victory, lifting them four points clear of Arsenal and Tottenham Hotspur in the race for a top-four spot.

Most of the damage was done in the first half with Antonio Rudiger, Danny Drinkwater and Pedro all netting inside the opening 23 minutes at Stamford Bridge.

Willian and Davide Zappacosta added to the scoring in the final quarter to send the Blues above Manchester United into second in the table.