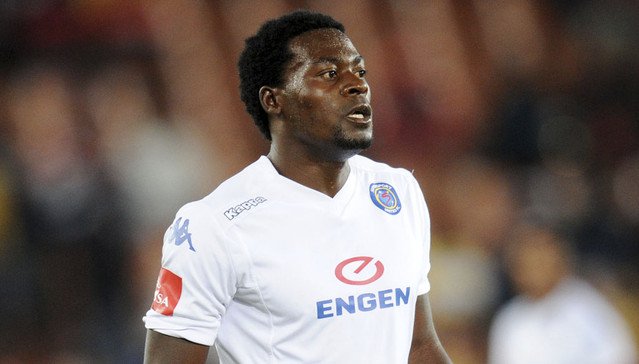 Zimbabwean striker Kingston Nkhatha is facing an uncertain future as his contract with SuperSport United is set to expire at the end of the current campaign.

Nkhatha has been struggling for game time since coach Eric Tinkler arrived at the club. He has made four appearances in all competitions, making only one start in an Absa Premiership.

In an interview with Kickoff.com, Tinkler said he is unsure of Nkhatha’s future with the club.

“At the moment, I can’t comment on that, I’m not sure about Nkhatha’s future,” Tinkler said.

The coach refused to give the reason for the player’s lack of game time since he took over as a coach.

Meanwhile, Cape Town City chairman John Comitis has denied that his team is interested in bringing the Zimbabwean on board.