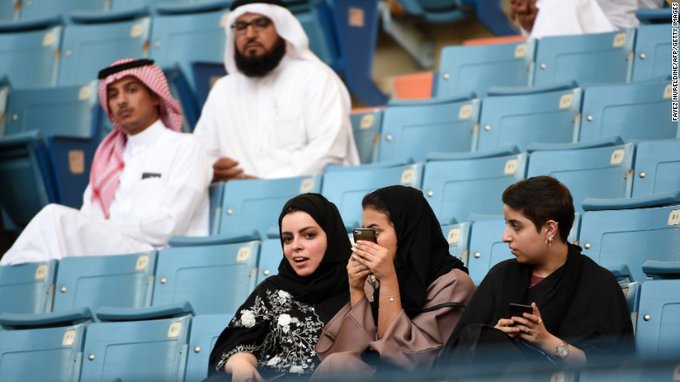 Saudi Arabia allowed women to enter a football stadium for the first time to watch a match Friday, as the ultra-conservative kingdom eases strict decades-old rules separating the sexes.

The new measure comes after Riyadh, long known for imposing harsh restrictions on women, announced it was lifting a ban prohibiting them from driving, as well as reopening cinemas.

Women supporters, all wearing the traditional black abaya robe, arrived well ahead of kick-off in the Jeddah stadium, some in sunglasses and others with loose-fitting veils.

The Islamic kingdom has announced a series of reforms initiated by powerful Crown Prince Mohammed bin Salman since last year.

The first football match women are being allowed to attend is a clash between Saudi Premier League clubs Al-Ahli and Al-Batin in the Red Sea city of Jeddah.