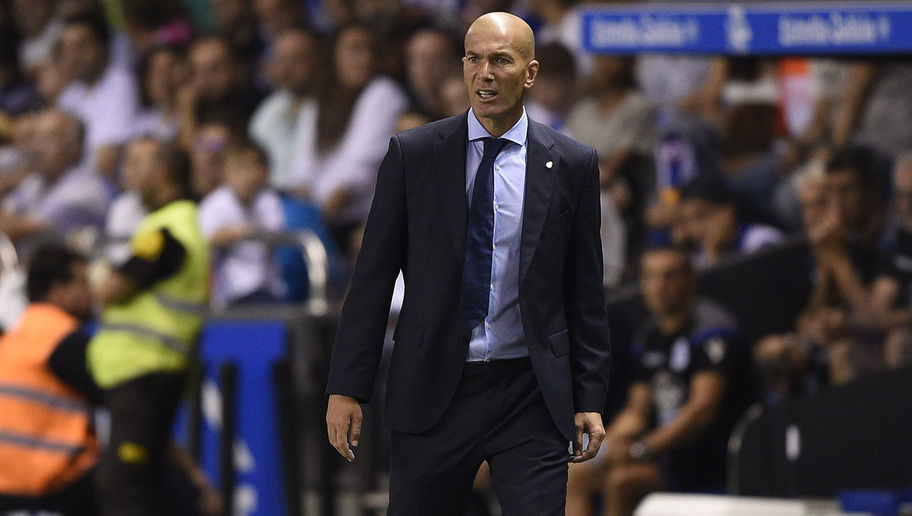 Real Madrid manager Zinedine Zidane has admitted that his side are in a “f**ked-up” situation following their latest defeat in La Liga.

A late strike from Pablo Fornals left Los Blancos stunned this afternoon as Villarreal claimed a 1-0 win at the Bernabeu – their first ever victory at the famous ground.

The result means that Zidane’s side are now without a win in three league games – a run that included a 3-0 humiliation at home to El Clasico rivals Barcelona just before Christmas.

Furthermore, Madrid remain 16 points behind Barca in the title race – a gap that could grow to 19 points when Ernesto Valverde ‘s side play their game in hand at Real Sociedad tomorrow.

“We don’t deserve this,” Zidane told reporters after the game. “I think we played a good match. It’s very difficult for the confidence We had chances to score but in the end… we couldn’t avoid the counter and… it’s just very f**ked up for all the players.

“What we have to do is keep working, because there will come a time and we have to be there. Within all the negative things that are happening to us, we are going to look for something positive.

“We have to get a win from somewhere. We know the situation and every day it gets more complicated, so we are not even thinking about the league, just about the next match.”

Next up for Madrid is a trip to Leganes in the Copa del Rey on Thursday night, ahead of a home encounter with lowly Deportivo La Coruna in the league next Sunday.