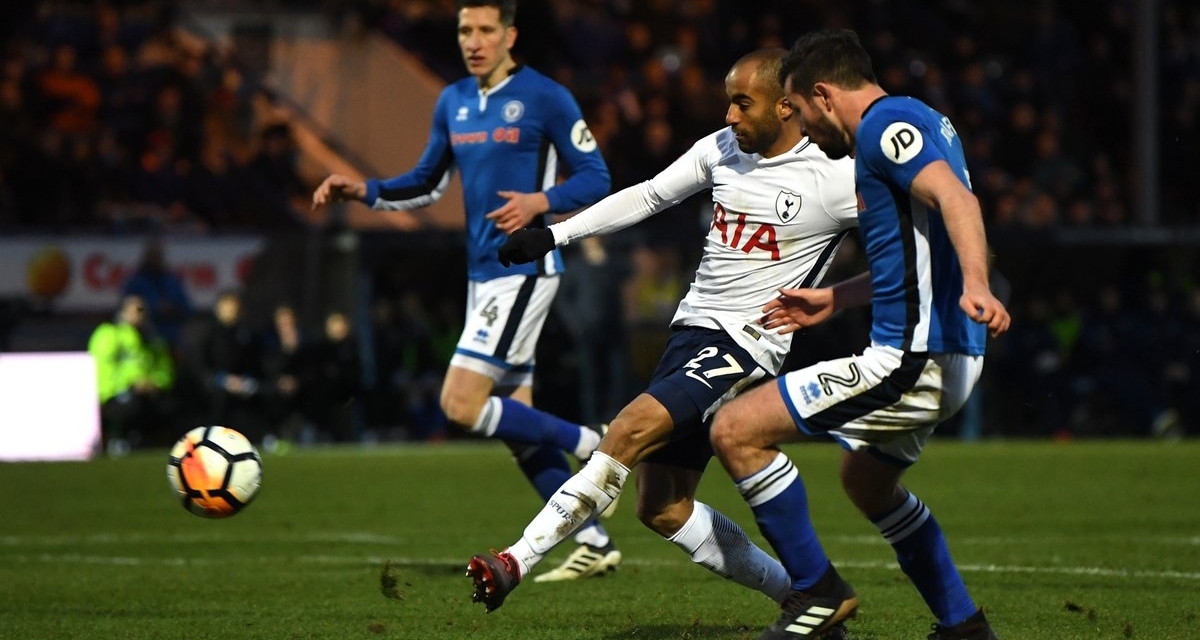 League One strugglers Rochdale have earned a Wembley replay against Tottenham Hotspur courtesy of a dramatic 2-2 draw against their Premier League opposition in the fifth round of the FA Cup this evening.

The hosts took a surprise lead right on the stroke of half time through Ian Henderson, but Lucas Moura marked his full Spurs debut with the equalising goal and Harry Kane looked to have won it for the visitors when he came off the bench to score a penalty two minutes from time.

However, there was to be more late drama as Steve Davies – also introduced as a sub – tucked home an equalising goal in stoppage time to send the home fans wild inside Spotland Stadium, sealing a return trip to Wembley and keeping their dreams of a first ever quarter-final appearance alive.