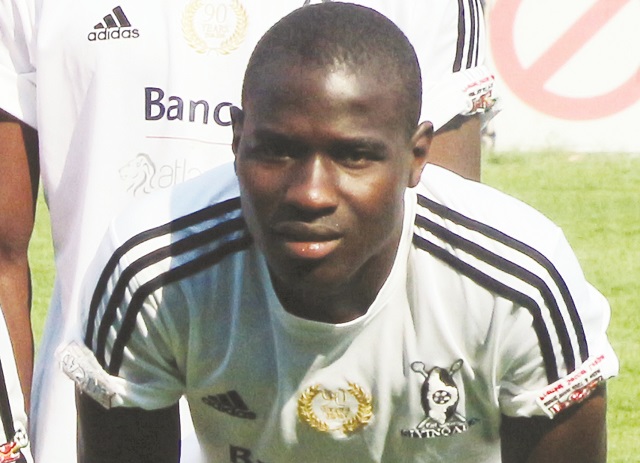 The Bosso skipper was shown a straight red card for a head butt at Caps United’s Brian Muzondiwa.

Honest Moyo apologised to his Highlanders team-mates and fans for his reckless lunge on Brian Muzondiwa which he admits he fully deserved.

Madinda Ndlovu’s second win as Highlanders coach against was overshadowed by Moyo’s dismissal, which came in the second half of an ill-disciplined match at Babourfields Stadium.

Highlanders went on to win 2-1 and lifted the Kembo Mohadi Charity Shield.

Moyo was glad Highlanders held on for a 2-1 win and after the final whistle the captain apologised to his players in the dressing room.

“I want to apologise to my teammates, coaches and our passionate supporters for what happened on Sunday. My behaviour was not expected of a senior player like me and a captain for that matter. I overreacted and it will not happen again in future. My sending off could have cost the team the match, which would have been a sad thing. Although we won, I still feel very bad about it and apologise to everyone associated with this great institution as well as the match organisers. Ngaphambanisa ngicela uxolo (I messed up and ask for forgiveness),” Moyo told the Chronicle.