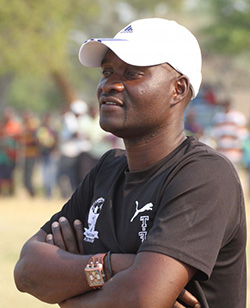 FC Platinum acting coach Lizwe Sweswe says he will make no changes in the squad but will carry on with what he started with his boss Norman Mapeza.

Mapeza is on sick leave, and he is expected to be off duty for some time following a surgery on his back two weeks ago.

“There are no changes. We are a team, we work together,” Sweswe said.

“We share the same philosophy and ideas nothing will change.

“Even if Mapeza was here and a player is not performing well, he won’t get selected.  If he is doing well, we select him.”

Sweswe also said they are hoping for a better result when they face ZPC Kariba away in their opening fixture of 2018 season which starts on the 17th of this month. Pure Platinum Play have failed to beat Kariba at their home in the last two games.