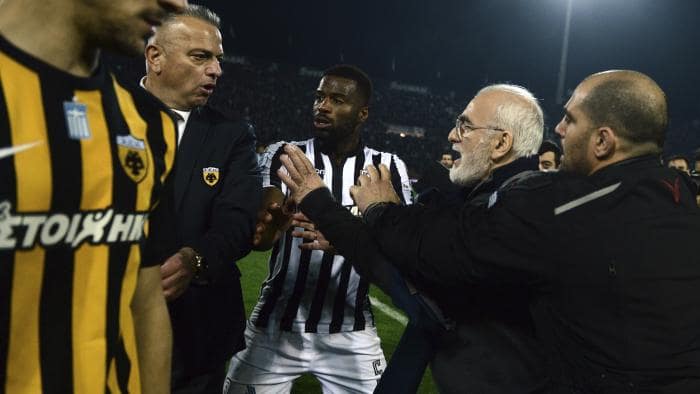 Greece’s top-flight football division has been suspended indefinitely by the government after the owner of the PAOK team came onto the pitch with a gun strapped to his belt to confront the referee.

PAOK was playing against AEK Athens and the match was postponed before before full-time after the former’s owner and his entourage stormed the pitch following the disallowing of a late goal.

It is the latest in a number of violent incidents to plague the league in recent weeks.

Reports are suggesting the match was called-off in the 90th minute after a disputed goal by PAOK defender Fernando Varela was initially ruled offside by the referee, prompting an angry protest from the hosts that led AEK to walk off the pitch. 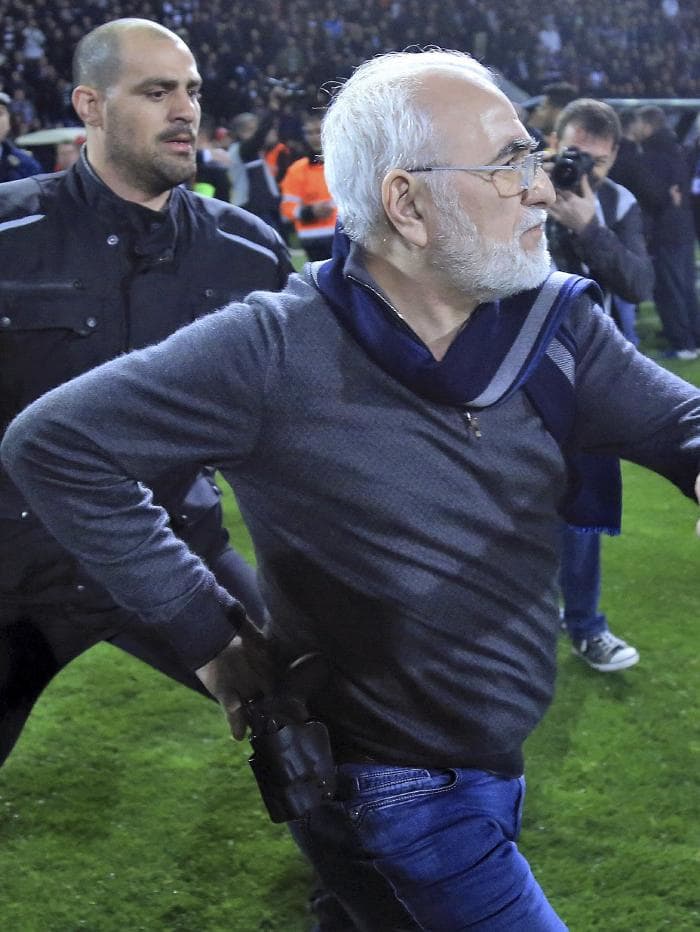 PAOK owner, businessman Ivan Savvidis invades into the pitch with a hand gun.

The match was postponed after the referee went down the tunnel. 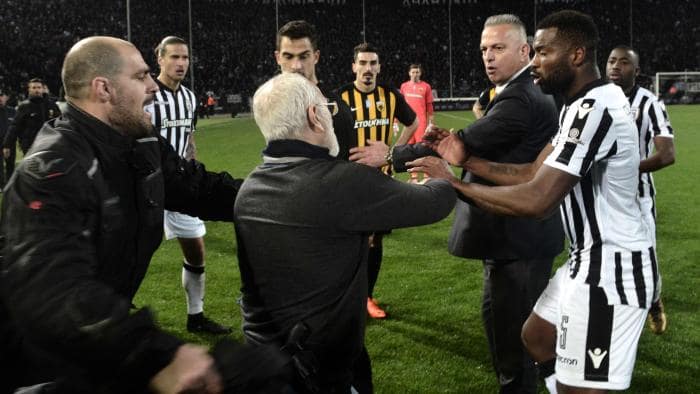 Savvidis had to be restrained as he appeared to aim some angry words towards one of the match officials.

Although the officials re-emerged later, PAOK claimed on Twitter the game “was finally halted with the score 1-0” in favour of the home side, despite the late goal initially seeming to be disallowed.

Meanwhile, It is the second time in less than two months that PAOK’s Toumba Stadium has been the setting of disturbances.