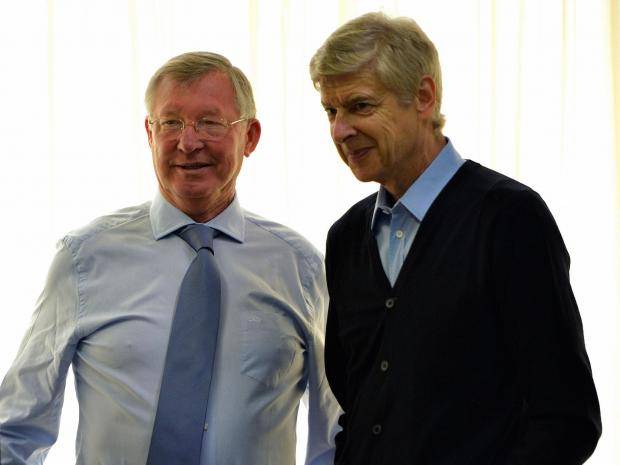 Arsene Wenger’s announcement that he will leave Arsenal after 22 years at the helm has brought his storied legacy into focus.

The Frenchman arrived at the club in 1996, and by virtue of doing so in the mid-nineties, was handed the unenviable task of challenging Alex Ferguson and his rampant Manchester United side. Wenger, who had joined from Japanese side Nagoya Grampus Eight, earned a reputation as a sophisticated and intelligent man who had dragged English football into the modern age, where fitness and diet took priority.

“I am really happy for Arsene Wenger,” Sir Alex told ManUtd.com . “I have great respect for him and for the job he has done at Arsenal.

“It is great testament to his talent, professionalism and determination that he has been able to dedicate 22 years of his life to a job that he loves. In an era where football managers sometimes only last one or two seasons, it shows what an achievement it is to serve that length of time at a club the size of Arsenal.

“I am pleased that he has announced he is leaving at this stage of the season, as he can now have the send-off that he truly deserves. He is, without doubt, one of the greatest Premier League managers and I am proud to have been a rival, a colleague and a friend to such a great man.”