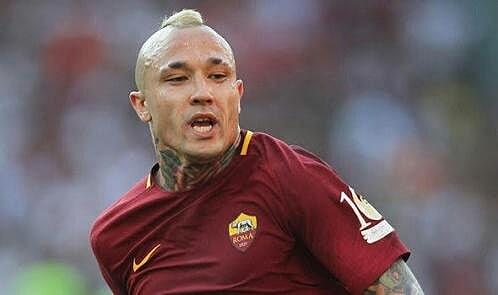 Roma midfielder Radja Nainggolan has called time on his international career after Belgium coach Roberto Martinez dropped him for the 2018 World Cup.

After helping his Serie A side to a Champions League semi-final place, where they finally succumbed to a free-scoring Liverpool side, the player was omitted from the 28-man squad chosen by Roberto Martinez.

The Belgian manager said that the decision was “tactical” despite describing the 30-year old as a “top player”.

After missing out of what is almost certainly his last World Cup, Nainggolan posted a message on social media:

“Very reluctantly my international career comes to an end. I’ve always done everything I could to represent my country.”