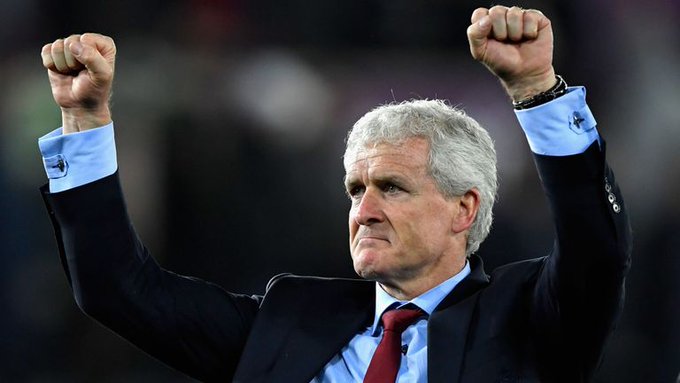 Southampton manager Mark Hughes has signed a new three-year contract after keeping them in the Premier League last season, the south-coast club said on Friday.

The 54-year-old Welshman arrived at his former team in March on a short-term deal until the end of the campaign and was handed the task of rescuing them from the threat of relegation.

He was an unexpected choice in many people’s eyes, having left his previous club Stoke City in a similar predicament, yet Saints picked up two wins and a draw from their final four matches to secure top-flight safety with a 17th place finish.

“Mark and his team had a massive impact from the first day on the players, staff and fans alike, and was able to pull together everyone involved with the club to deliver the results needed,” Southampton said in a statement on their website https://southamptonfc.com/news/2018-05-25/mark-hughes-new-contract-southampton-first-team-manager.