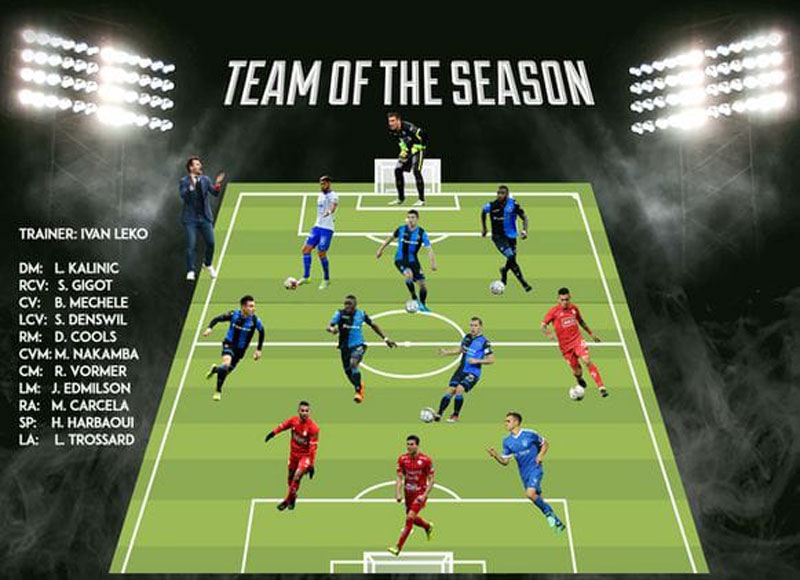 Zimbabwean midfielder Marvelous Nakamba has been named in the Belgian Pro League Team of the Season following his superb performances for Club Brugge in their Championship winning feat.

Nakamba dominated many midfield battles making an impressive 35 appearances for the Brugges. He delivered one of his best performances this year which has attracted suitors from Italy, Germany as well as England Champion League runners up Liverpool.

Nakamba joined Club Brugge last year from Netherlands top flight side Vitesse Anherm. If he remains at the Club he will have a dance and join a few Zimbabweans who have played in the Prestigious UEFA Champions League.