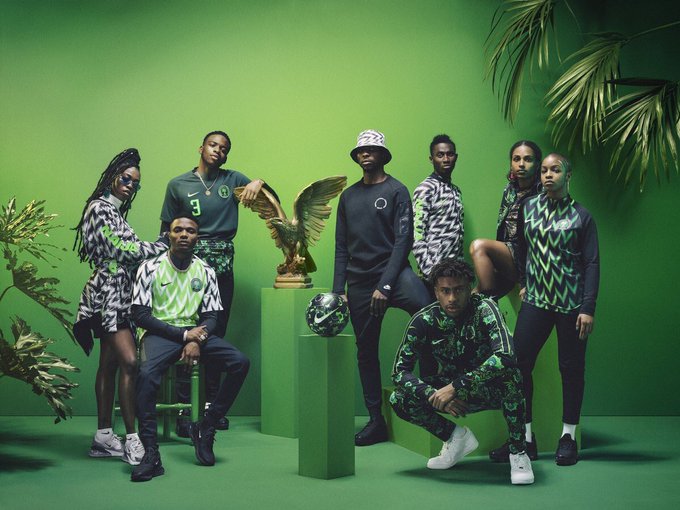 Nigeria’s World Cup kit had plenty of people talking before it was released on June 1st with a couple of weeks to tournament’s first game.

There was a record three million pre-orders for the stylish and unique jersey and it sold out after three minutes when it eventually did go on sale.

Online pre-orders for the Nigeria jersey from Nike exceeded 3 million.

The kit has been the subject of a lot of attention ever since it was unveiled in February.

Among those featured in the Super Eagles kit advertising campaign are Nigeria and Arsenal player Alex Iwobi and Leicester’s Wilfried Ndidi.