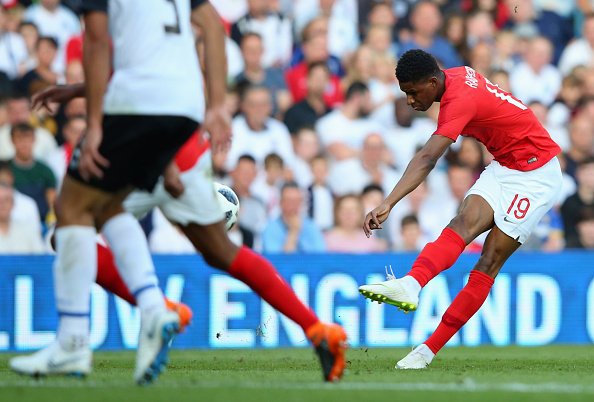 England ended their World Cup preparations with a 2-0 victory over Costa Rica at Leeds United’s Elland Road stadium this evening.

Marcus Rashford opened the scoring in a man-of-the-match display which may have been enough to work his way into the starting lineup for England’s World Cup opener, before Danny Welbeck came off the bench to double the home side’s lead and fire his own reminder to Gareth Southgate.

England will next be in action against Tunisia in Volgograd on June 18 as their World Cup campaign gets underway, and last night’s victory ensures that they will go into the tournament on a 10-match unbeaten streak.

Portugal eased to a convincing 3-0 victory against Algeria at the Estadio da Luz to round off their World Cup preparations in style.

The home side were dominant throughout and good value for their three-goal winning margin in Lisbon, earned via a Goncalo Guedes brace and a well-taken Bruno Fernandes header.

Victory for the Selecao is their first in four games, setting them up nicely for their opening World Cup fixture against Iberian rivals Spain in eight days’ time.

Uruguay also head for Russia in celebratory mood on the back of a 3-0 win over Uzbekistan with goals from De Arrascaeta, Suárez and Giménez.