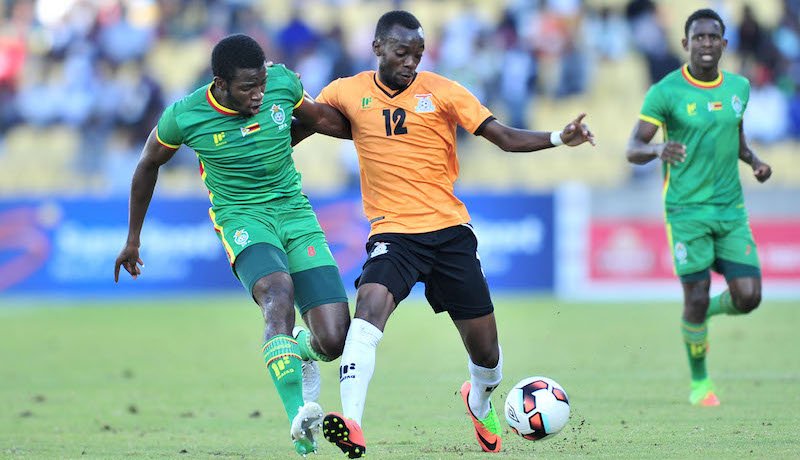 Neighbours Zambia and Zimbabwe will go up against each other for a second successive year in the final of the Cosafa Cup. The match is set for today at 1500hrs at the prestigious Peter Mokaba Stadium in Polokwane.

Zambia will be looking for revenge after losing out in last year’s final of the annual southern African championship.

On Wednesday Zambia beat Madagascar 1-0 to reach Saturday’s final in Polokwane. In the other semi-final Zimbabwe, for a second successive match, beat Lesotho but on penalties this time.

Zimbabwe, whose five previous Cosafa Cup wins is a record, have now advanced to the final having scored just a solitary goal in open play.

That goal came in their 1-1 draw in Sunday’s quarter-final against Botswana, where they then also won 3-1 on post-match penalties.

Zimbabwe have a much stronger squad for the two-week tournament as they looked to emulate their success of 2017 when they beat Zambia 3-1 in the final.

But on Wednesday they found Lesotho to be a stubborn opponent, who kept the likes of Mamelodi Sundowns’ striker Khama Billiat quiet throughout the 90 minutes to force a 0-0 draw.

Coach Sunday Chidzambwa will be hoping in their third match the Zimbabwe machine will strike the right codes and produce a good game.

Giant goalkeeper George Chigova again came up trumps with saves from the Basotho in the shootout to earn a 3-1 victory that put Zimbabwe in the final.