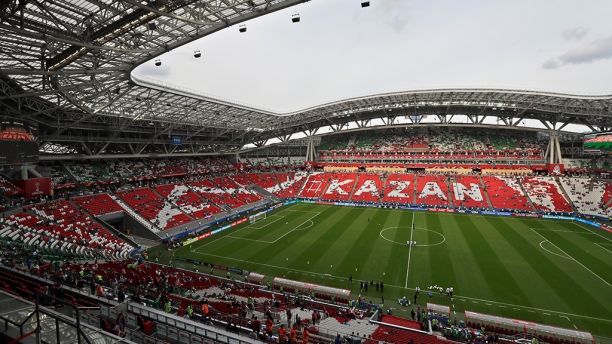 The wait is finally over and the biggest football festival in the globe kick starts on Today with host nation Russia take on Saudi Arabia in the opening game of the FIFA World Cup 2018.

Match Preview
Saudi Arabia stepped up their World Cup preparations in an international friendly with Italy.

Yahya Al Shehri scored Saudi Arabia’s only goal in a 2-1 defeat to the Azzurri, who will not be represented at this year’s World Cup.

Preparations for Russia have been far from ideal since qualifying for a fifth World Cup, with two coaches fired. Edgardo Bauza was dismissed nine days before the draw after only five friendlies in charge. The Russians especially are without a win in the calendar year 2018 and their last win date back to October 2017.

Their current run is a 7 games win-less with 3 draws and 4 losses.The team lost to Portugal and Bulgaria last month. Bauza had been appointed in September to replace Bert van Marwijk, who was fired despite leading the team to their first World Cup since 2006.

Juan Antonio Pizzi, who was only named on Tuesday as the new coach, will be tasked with improving on Saudi Arabia’s best-ever performance at World Cup – the second-round exit to Sweden at the 1994 tournament in the United States.

Match Facts
The only meeting so far between the two sides came in a friendly back in 1993. Saudi Arabia defeated Russia by a 4-2 margin.

Russia’s record at the Luzhniki Stadium is 19 wins, 7 draws and 5 losses from 31 matches. They were hammered 3-0 by Brazil in the last match here.

These teams come with a vulnerabilities in every department and this match could be termed as a battle of the equals.