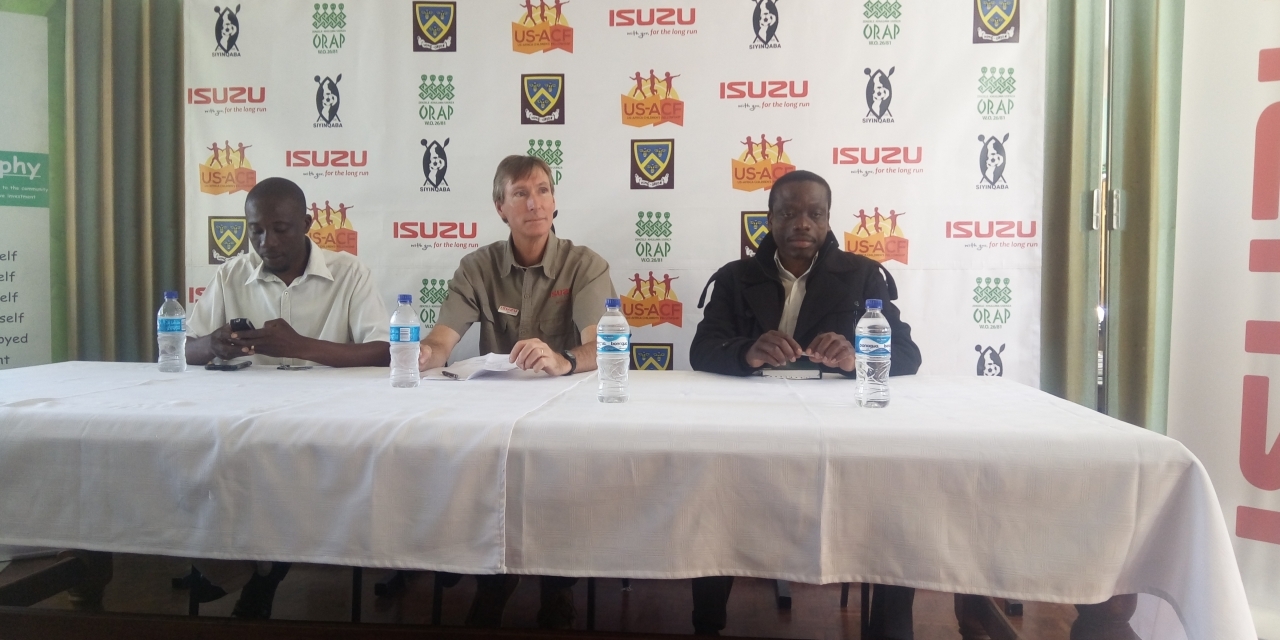 Inspired by the ORAP vision of creating a distinguished sporting community in Rural Zimbabwe, the Orap Zenzele Football Cup has been launched at Gifford High School.

The tournament will be held from the 15th to the 16th of June at Gifford High School in Bulawayo.

The tournament is open to various district Under 20 champions at schools across Matebeland.

Eight boys’ schools and six girls’ ones are taking part in this year’s tournament, which is the fifth edition since the competition started in 2014.

Of the boys’ schools, three are from Matabeleland North, two Matabeleland South, the same number from Midlands while Gifford are the only Bulawayo representatives.

For the girls, Matabeleland North, Midlands and Matabeleland South have two schools each. Gifford, who are included by virtue of being the host school are the only team from the urban part of the country with the rest being from the rural areas..

Supported by Isuzu and ORAP the tournament will be played at Gifford High School.

The cost of the tournament is entirely covered by corporate sponsorships like Isuzu, allowing schools to focus on what really matters – training their players and exposing them to the football world.

The tournament organisers invited all Bulawayo Premier League teams, and lower league teams to scout for players who will be playing at the tournament.

One of the incentives for this year’s tournament is a week-long camp with Highlanders for five of the outstanding players.

Speaking at the tournament, ORAP Finance director Brighton Malandula said the tournament is an opportunity to expose rural talent.

“We at ORAP are always on the lookout for young, coachable talent. This will be a great opportunity to see children from all over rural schools show us their football skills. It’s tournaments like the ORAP Zenzele Tournament that will enhance the level of football among children in Dubai,” said Malandula.

In the spirit of the World Cup, tournament organiser who is teacher in charge of Soccer at Gifford Nathan Tshuma said the teams will be using World Cup participating teams’ names.