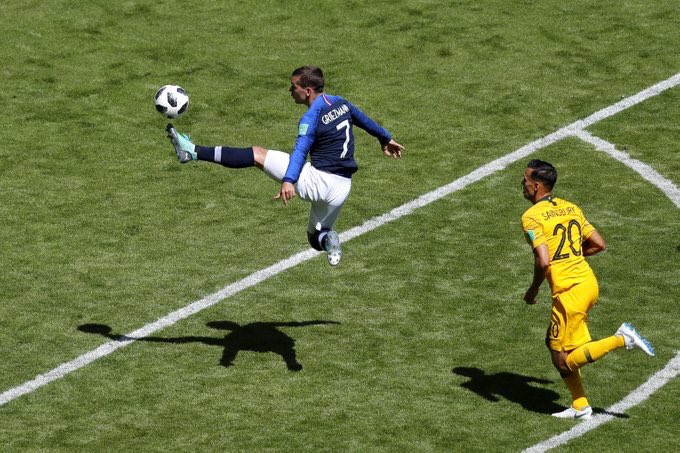 France recorded a 2-1 victory over a stubborn Australia side to begin their World Cup campaign with three points.

Didier Deschamps ‘s side were well below their best in Saturday’s Group C opener in Kazan, but a controversial penalty from Antoine Griezmann and what appeared to be an own goal from Aziz Behich gave Les Blues an opening-game victory. The goal was credited to Pogba.

Mile Jedinak had equalised for France from the spot but while the Socceroos will take the positives from their performance, Bert van Marwijk ‘s team face an uphill struggle to qualify for the last 16.