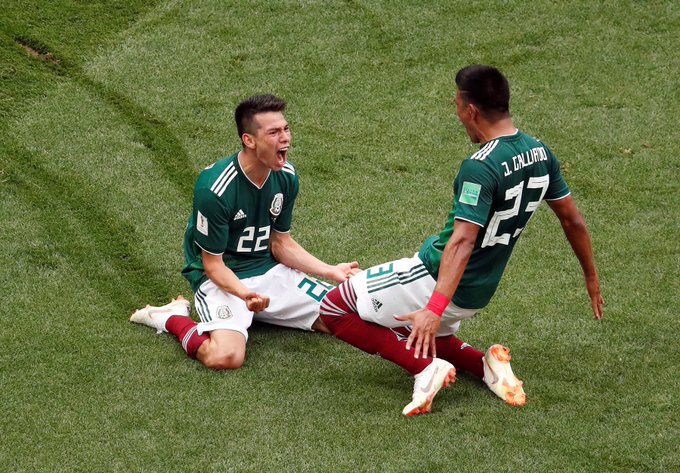 Mexico head into the FIFA World Cup match against South Korea are heavy favourites after their 1-0 win against Germany in the group opener.

The El Tri at their 7th consecutive World Cup appearance can reach the round of 16 of the competition for as many times in a row with a win against South Korea on Friday.

Hirving Lozano scored the solitary goal of the game midway through the first half.The win put the Mexicans in a firm position to qualify for the first knockout stage for the 7th consecutive time.

South Korea was largely disappointing in their first outing at the tournament against Sweden.

The match must be known for a number of missed chances at either ends. The lone goal for the Swedes came through a penalty, a decision correctly given with the VAR assistance.

Korea, the only Asian side to have made it into every FIFA World Cup since 1986, are at the risk of bowing out from the group stage for the 7th time in 9 attempts.

Match Facts
The teams share 2 wins and 1 draw from their 5 overall meetings spread across various tournaments.

Their lone meeting in a World Cup came back in the 1986 edition hosted at Mexico. The El Tri run riot with a 3-1 win on that occasion.