Maradona Could be Stripped Of FIFA Ambassadorship 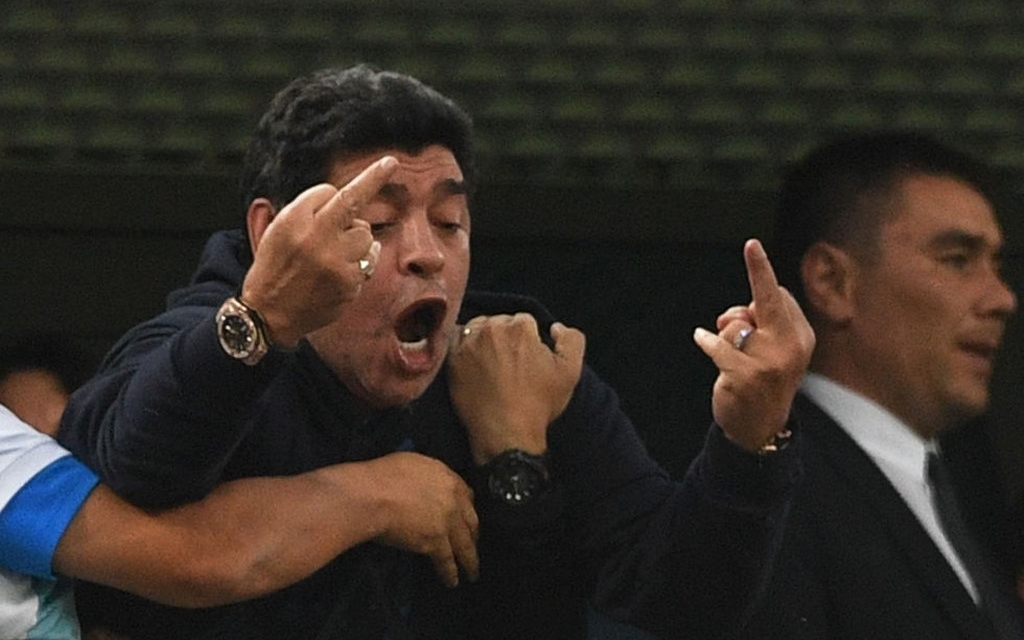 Reports suggest that Maradona will no longer be a paid FIFA ambassador after his “embarrassing and provocotive behaviour” during the third round World Cup fixture between Nigeria and Argentina.

The former Argentina great was being paid £10,000 by FIFA for “bringing the spotlight” to any World Cup match he was at.

Diego Maradona’s role as a paid ambassador for Fifa came under scrutiny following his boorish behaviour during Argentina’s defeat of Nigeria.

Football’s governing body said note had been taken of Maradona’s antics, although it would not comment on whether they would have any impact on his official duties.