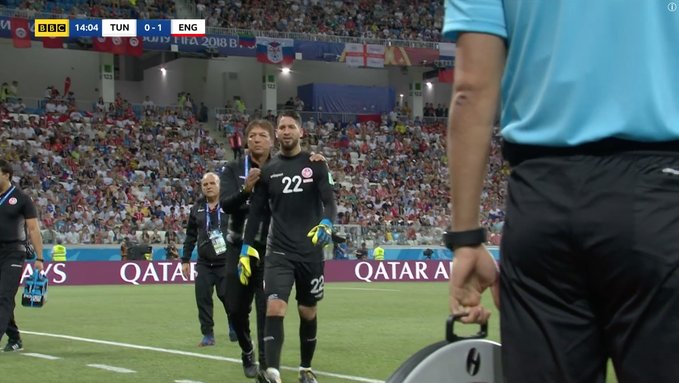 Tunisia will start third-choice goalkeeper Aymen Mathlouthi and have striker Fakhreddine Ben Youssef act as his back-up in their final World Cup game against Panama on Thursday after FIFA rejected their request to add a replacement keeper to the squad.

Tunisia’s first and second choice keepers are unavailable after picking up injuries at the tournament and they flew Moez Ben Cherifia from champions Esperance to Moscow on Wednesday in the hope he might be allowed to be included in the squad.

However, the Tunisian Football Federation said on Thursday that this request had been rejected by FIFA and they would have to use the players currently in the squad.

Tunisia lost first-choice goalkeeper Mouez Hassen after just 16 minutes of their first game against England when he injured his shoulder in a collision with Jesse Lingard.

Farouk Ben Mustapha took his place in the 2-1 defeat in Volgograd and also played in the 5-2 loss to Belgium in Moscow before suffering knee ligament damage in training on Tuesday.

FIFA allow injury replacements in the World Cup only up until 24 hours before a team’s first game.