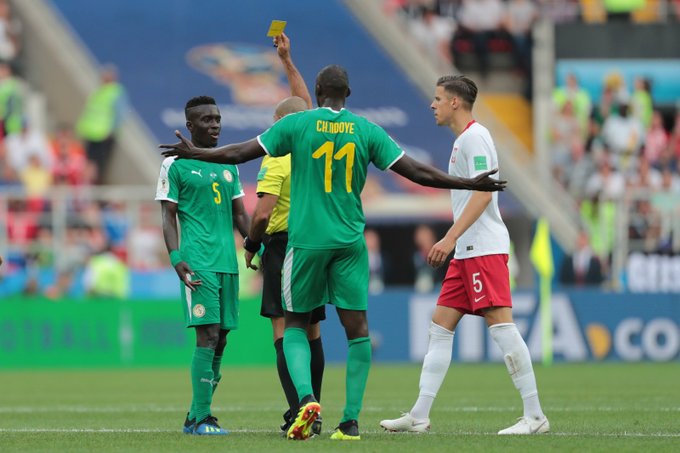 Colombia secured their passage to the last 16 of the World Cup with a 1-0 victory over Senegal which simultaneously eliminated the Africans via the fair-play rule.

Yerry Mina ‘s 74th-minute header at the Samara Arena this afternoon turned Group H on its head with Japan also going as runners-up through despite losing 1-0 to Poland.

Senegal and Japan finished the group with an identical record of points, goal difference and goals scored, with the former knocked out by virtue of having accumulated two more yellow cards. It means there is no African country in the knockout rounds of the World Cup for the first time in 36 years.

Japan have progressed through to the last 16 of the World Cup, despite losing to Poland in Thursday’s World Cup clash in Volgograd.

A second-half goal from Jan Bednarek ensured that Poland ended the tournament with a consolation win, but Japan still qualify for the knockout stages due to earning fewer yellow cards than Senegal.

Japan finished level on points with Senegal after the African nation’s 1-0 defeat to Colombia – who qualify as winners of Group H – but Japan go through as runners-up.