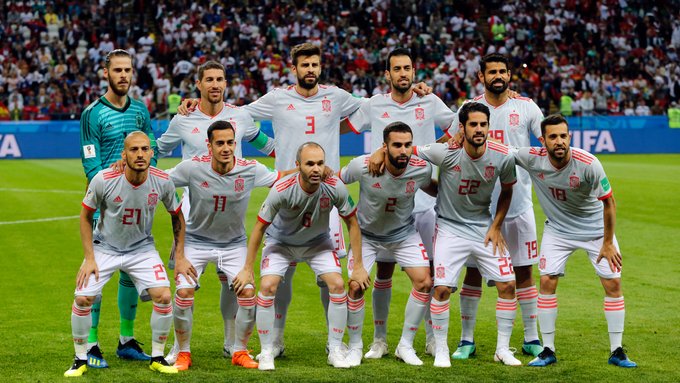 Spain managed to deal with the calamitous circumstances that engulfed their final preparations to top their group, although they came within a whisker of defeat against Morocco. Russia meanwhile have been buoyed by their home support, and their good start has been positive for the tournament as a whole.

Suspicions were raised by Russia’s performances that saw them top the stats for distance covered, but they were beaten 3-0 by the first quality opponents they faced in Uruguay. The Golden Eagles were hampered by Igor Smolnikov’s first-half red card, while Denis Cheryshev also scored an own goal

Match Facts
*Spain took five points in Group B but finished top on goals scored, drawing 3-3 with Portugal, 2-2 with Morocco and beating Iran 1-0.

* Russia were runners-up in Group A, beginning with a bang by beating Saudi Arabia 5-0 and Egypt 3-1 but losing 3-0 to group winners Uruguay.

* Russia’s top scorer in the tournament is Denis Cheryshev on three strikes, the same number of goals as Spain’s leading marksman Diego Costa

* Russia covered more distance than any other team in the first two rounds of games, running a combined 118km against Saudi Arabia and 115km against Egypt, although they dropped their intensity against Uruguay, when they had a man sent off in the first half and could only cover 98km.

* Russia are playing in the round of 16 at a World Cup for the first time since the collapse of the Soviet Union. The Soviet Union’s best finish was reaching the 1966 semi-finals.

* Spain won a first World Cup in 2010, before then they had never got beyond the quarter-finals.

* The winners face Croatia or Denmark in the quarter-finals.