Iniesta confirms his retirement after Spain exit the World Cup 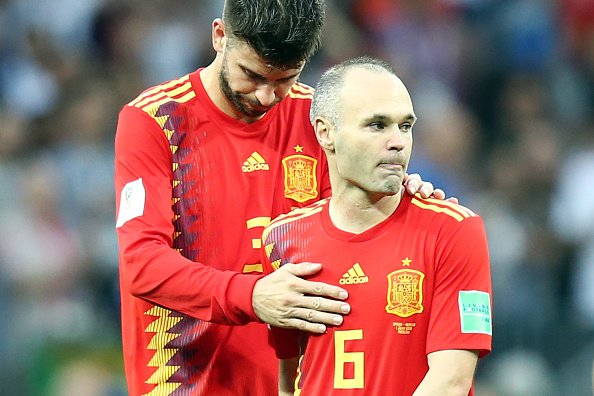 Spain midfielder Andres Iniesta has officially called time on his remarkable international career after his team’s surprise World Cup exit at the hands of hosts Russia on Sunday.

The 34-year-old, who scored the winning goal at the 2010 World Cup final, won 133 caps in an international career spanning 12 years, during which he also won European championship titles in 2008 and 2012.

Iniesta admitted it was not the end he had wanted after he was left out of the starting line-up for the round-of-16 game.

“This was my last game for Spain,” the Barcelona legend told reporters after the last-16 defeat to Russia.

“A marvellous spell is over. Sometimes the end is not as you dreamed it.”