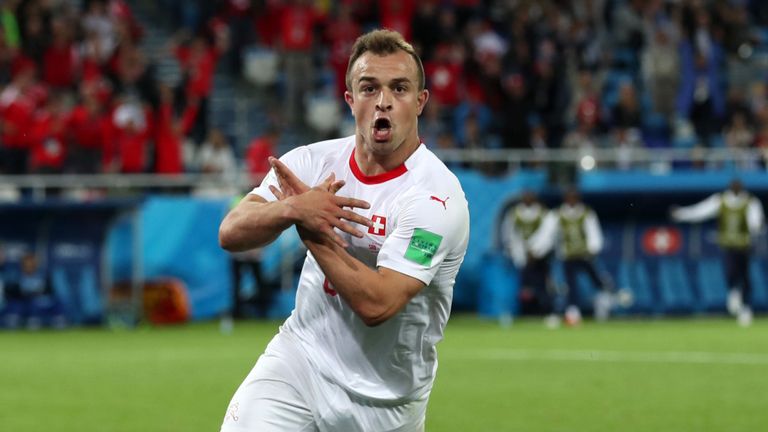 Sweden will square off against Switzerland in the 2018 World Cup Round of 16 on Tuesday Kick-Off at 1600hrs (Zimbabwe time) at the Saint-Petersburg Stadium.

Sweden who won their group ahead of Mexico, Germany and South Korea will seek to emulate the class of 1994 which won bronze at the United States FIFA World Cup finals 24 years ago.

Both have enjoyed their high points in Russia so far – Sweden with that emphatic second half against Mexico , Switzerland in dramatically beating Serbia – but they’ll be sincerely hoping they have something left in the tank.

Off the shackles of Zlatan Ibrahimovic, Sweden will treat themselves as underdogs given the quality of stars in Switzerland ranks. In all their group matches, Sweden demonstrated a remarkable art of team work with players playing as one unit. There is no individual brilliance in the side.

On the other hand, Switzerland will look to quality of England based stars Granit Xhaka and Xherdan Shaqiri. The two were instrumental in their grudge win against Serbia in their final group match which culminated their second position finish.

Match facts
The team have met 29 times in head to head clashes with Switzerland winning 11 while Sweden has 10 wins.

This will be the first time the two teams meet at a major tournament.

Switzerland and Sweden to draw after 90 minutes: 2.99