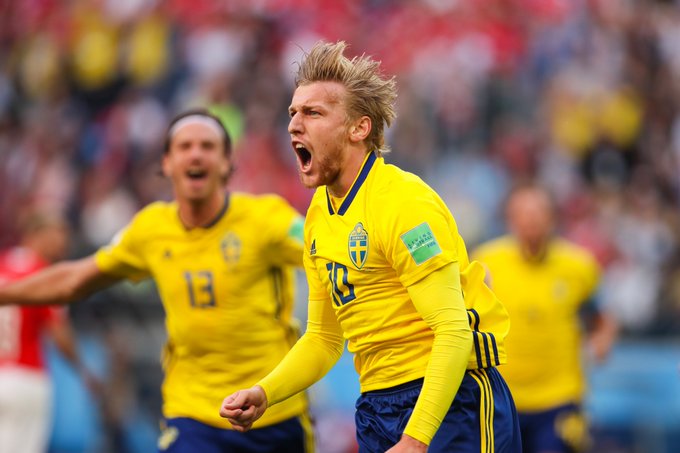 Sweden midfielder Emil Forsberg said he so proud of his team as he prepares to play in the 2018 FIFA World Cup.

Sweden beat Switzerland courtesy of the midfielder’s solitary second half strike. Speaking after the match the RB Leipzig midfielder said his team mates made him proud because of the unity they exhibit when they play.

“It just means so much to me that we managed to win again in such an extraordinary way. We didn’t give Switzerland many chances at all. To see what we’re achieving together, it just brings tears to my eyes and makes me so proud,” he told reporters during the game’s post-match press conference.

“If we get everything right, we know we can be really good both in defence and attack. We’re in the quarter-finals now and that’s proof that we’re doing something very well.”

Sweden will take on England who beat Colombia in a penalty shoot-out, in the quarter-finals.