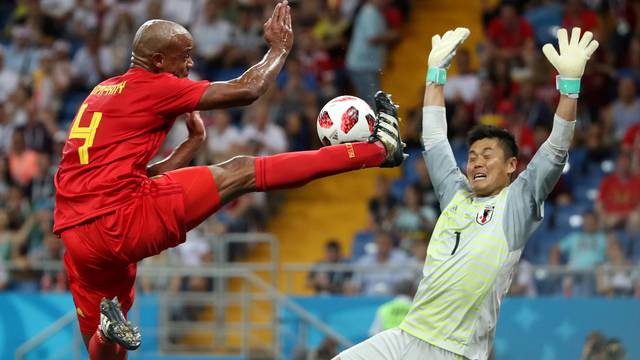 Fresh from being selected in the Belgium starting line up, Vincent Kompany is excited to challenge himself against Brazil at quarter-finals World Cup in Russia in Friday.

The Manchester City defendwe, who plays in defence for his country, has now turned his attention to Brazil rallying behind his troops to excel.

Kompany said they were mentally tougher, mostly because squad members had been winning at club level around Europe.

“The term ‘golden generation’ is obviously one the players didn’t come up with and it’s not something we pay too much importance to,” he told a news conference at Belgium’s training base outside Moscow.

“The fact that the game against Brazil is defining for our generation is for sure, though. It’s not like we’ve been failing up to now but there is a level above, which we need to achieve, which can be done by a game like the one we are playing against Brazil.

For years, much has been expected of a crop of players, which Kompany previously captained, including Kevin De Bruyne, Eden Hazard, Thibault Courtois and Dries Mertens but Belgium have so far not delivered on their promise, going out in the quarter-finals of the 2014 World Cup and at the European Championships in France two years ago.