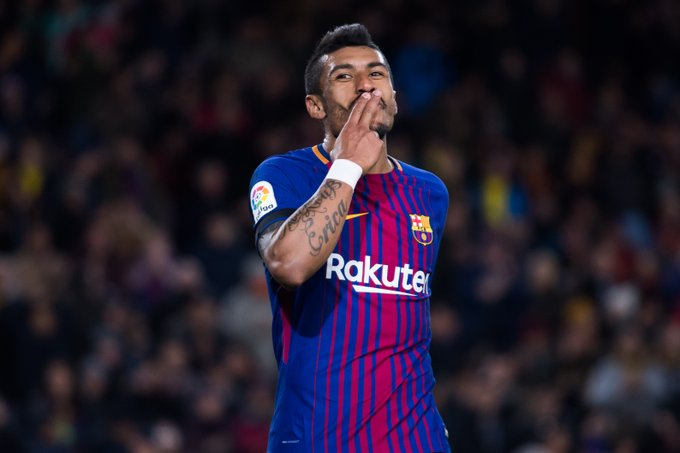 The 29-year-old only moved to the Camp Nou from Guangzhou last summer and impressed during his single campaign in Spain, with only Lionel Messi and Luis Suarez scoring more often for the La Liga champions.

However, he has now returned to the Chinese Super League initially on a season-long loan deal after being offered a lucrative chance to return to the club.

The Brazilian, who represented his nation at this summer’s World Cup, previously spent two years with Guangzhou from 2015 to 2017 having initially joined the club from Tottenham Hotspur.