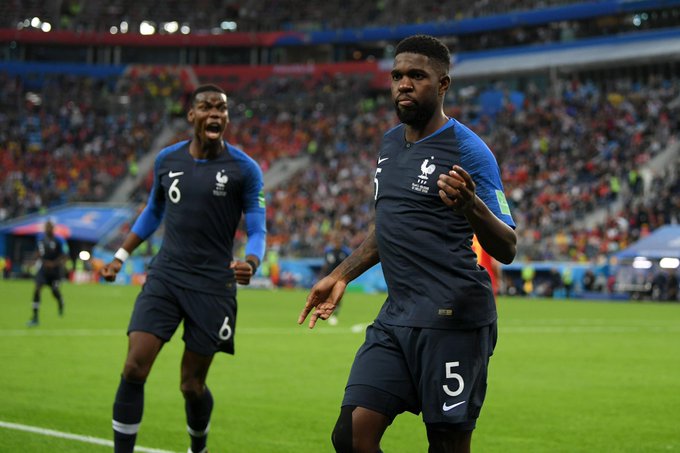 France secured a spot in the FINAL of the 2018 Russia World Cup as Samuel Umtiti second half winner beat high-flying Belgium.

Umtiti demonstrated perfect technique and commendable calm to jump above Marouane Fellaini and head down the ball to beat an otherwise Thibaut Courtois in-goal for Belgium in the 51st minute.

France had managed to weather the early storm from Belgium. The Red devils owned the first half creating the better of the chances but were guilty of missing the target with target man Romelu Lukaku completely shut down by man of the match Samuel Umtiti.

Belgium, with skipper Hazard and Kevin De Bruyne looking subdued despite flashes of their talent, could not respond and France booked their spot in the Sunday final.

France will now await the winner in the second semi final pitting England and Croatia.