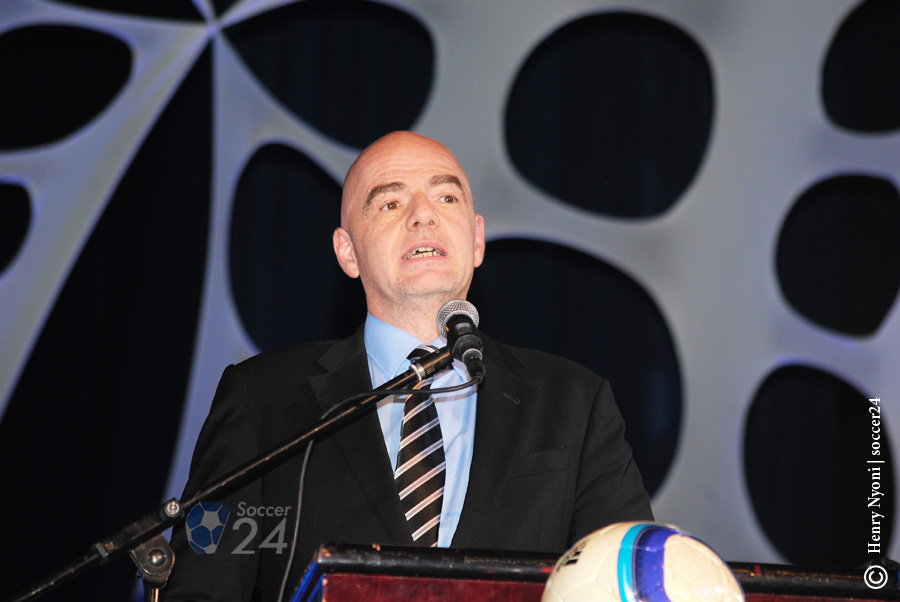 FIFA President Gianni Infantino warned that Nigeria risks a worldwide ban for interference in the running of the game in that country.

At a press conference in Moscow today, at the Luzhniki Stadium in Moscow as part of the World Cup closing ceremony programmes.

Infantino says the governing body are aware of the recent resurrection of the issue and will not hesitate to suspend the West African nation from football, should the current President, Amaju Pinnick be illegally overthrown.

“Well, Nigeria Football Association has a President, his name is Pinnick. He has been elected, we have been clear about that already some time ago.

“I’ve heard that this issue came up again, the situation is very clear, we have statutes, we have regulations that there can be no interference in the running of the association of course.

“And if any external body thinks that they can change the situation then of course Nigeria risks to be banned like it happened in other countries as well because we have democratic processes and they just need to be respected so it is a very clear-cut and simple case as far as we are concerned and we have made it very clear and if it is necessary we will make it clearer maybe you can help us transmit the message if it is not yet clear enough,” said the FIFA President.

A court has installed Chris Giwa as NFF president after Amaju Pinnick was asked to step down until a case to determine the true leadership of the FA was determined.