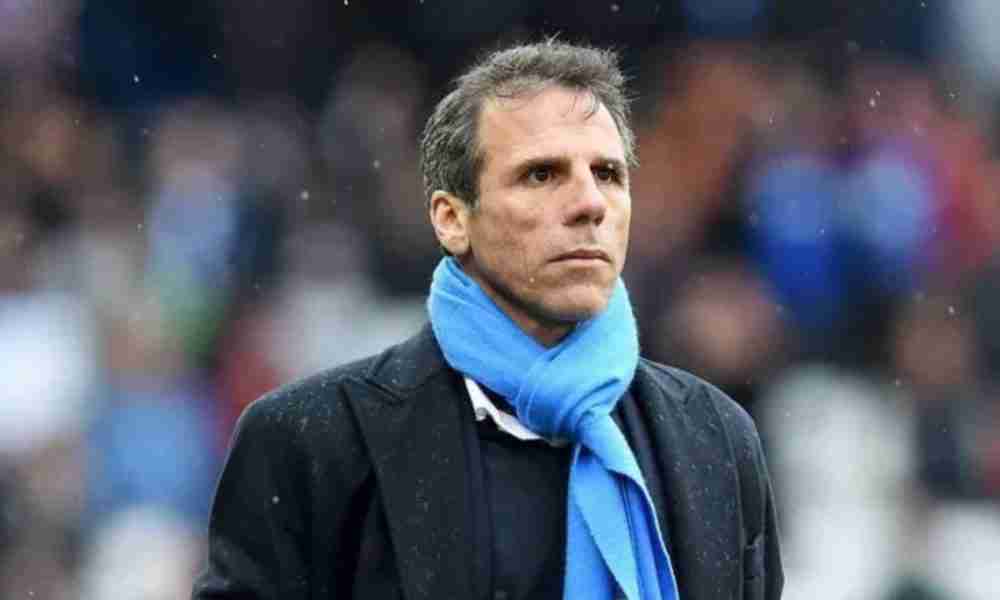 Zola will link up with compatriot Maurizio Sarri who replaced Antonio Conte at Stamford Bridge.

The midfielder made more than 200 senior appearances in the Premier League for Chelsea winning two FA Cups, one UEFA Cup Winners’ Cup, one UEFA Super Cup and one League Cup between 1996 and 2003.

“For me it is an amazing thing,” Zola told the Chelsea website. “I am very willing to work hard because it is going to be a difficult challenge but I am pleased to be here, to work hard with Maurizio to be successful.

“I am very much looking forward to the challenge in general. I would love us to start well and we are all very excited to start this new adventure.”