Enrique spells out vision in taking over Spain National team 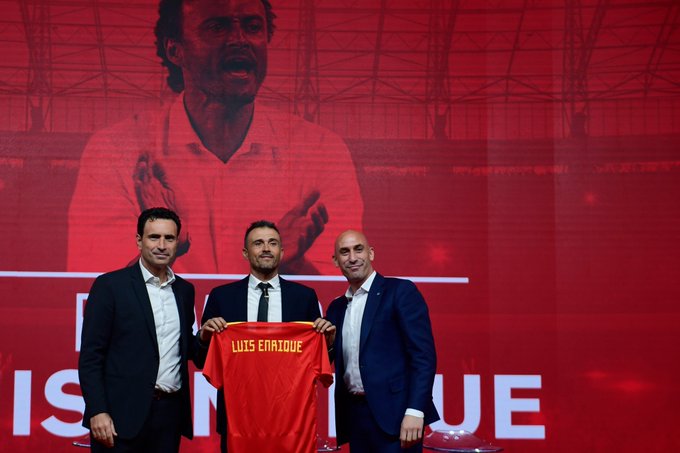 Newly appointed Spain head coach Luis Enrique said he cannot wait to assume the coaching reigns on a permanent basis promising to get the ship to start sailing as he was officially unveiled as the new La Furia Roja manager.

Enrique was appointed as the Spanish coach taking over from interim coach Hierro who stepped down just 25 days after his appointment following Spain’s last 16 exit from the FIFA World Cup.

“I’m very excited about this challenge and the possibility of ratcheting the team up a notch. I’ll be giving it everything I have,” the 48-year-old told the attending media. “I’m ready and really eager to win the competitions that await us. All I can say is, ‘Let’s go win them!’”

Luis Enrique insists that Spain will maintain its playing style but with some changes.