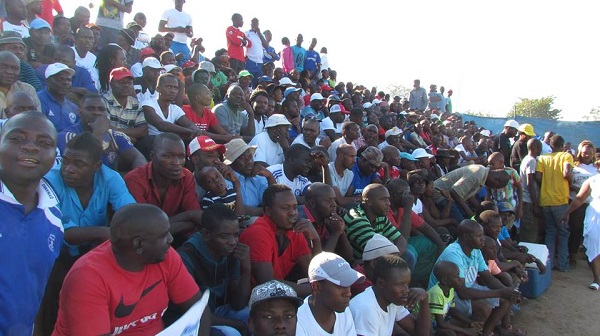 The Premier Soccer League has with immediate effect banned football fans from putting on political ragalia at matches ahead of the 2018 Harmonized Elections.

The move clearly meant to reduce tensions and possible violence at Stadiums was announced in a statement by the League. The league will work with the ZRP to ensure that the order is executed.

The statement read: “This serves to advise all football fans that political party regalia is not allowed at Castle Lager PSL matches.

“We urge all clubs, Security Officers and the Zimbabwe Republic Police to ensure that no fans wearing any form of political party regalia or clothing with political messages are granted access into the stadia”