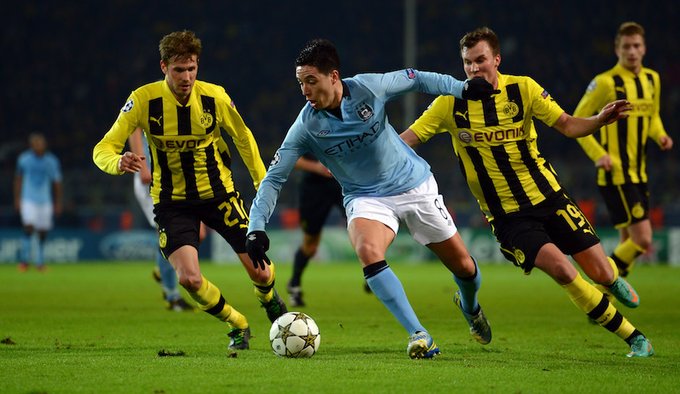 Pep Guardiola’s start to his pre-season campaign ended in defeat as Borussia Dortmund captain Mario Gotze’s first half penalty was enough to see off the Premier League champions Manchester City 1-0 at Soldier Field in Chicago.

Guardiola was able to call on the likes of new signing Riyad Mahrez and German Leroy Sane but his otherwise highly inexperienced, young team were unable to get the better of a Dortmund side who have already played one game this summer and looked far sharper in the opening match of this year’s International Champions Cup tournament.