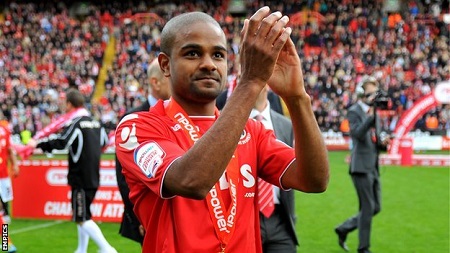 32 year-old Zimbabwean baesed in England Bradley Pritchard has signed up for England Isthmian League South East Division side Cray Wanderers side after impressing on trial.

The signing was confirmed on Thursday on their website through a statement:

“Cray Wanderers are delighted to announce the signing of Bradley Pritchard to the club. Former Charlton Athletic and Leyton Orient Midfielder Bradley comes to Cray from Greenwich Borough and has featured in all four pre-season games so far.

“Bradley started out in non-league football with Carshalton Athletic, Nuneaton Borough, Tamworth and Hayes & Yeading United where he played 46 games scoring 14 goals. In the 2010-11 season he went to Charlton and played 79 games scoring three goals and was a member of the Addicks 2011-12 League One title winning side.

“In May 2014 he signed for Leyton Orient where he played 60 games, scoring once. He was released in May 2016 and signed for Greenwich Borough for the 2016-17 season and played 89 games at the DGS Marine Stadium scoring once as Borough reached the Isthmian South playoffs twice.

“We welcome Bradley to Cray Wanderers and hope he enjoys his stay with us.”, the statement read.