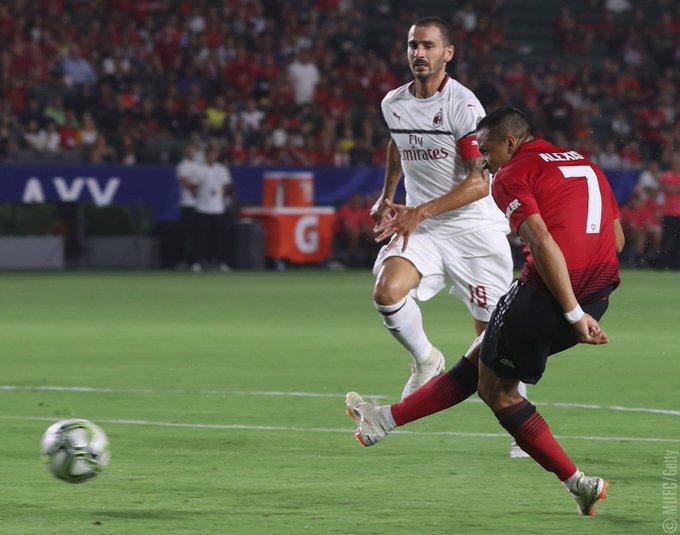 Manchester United beat AC Milan 9-8 in a penalty shootout which brought some drama to their International Champions Cup match this morning.

The teams were deadlocked for 75 minutes after an early goal apiece from Alexis Sanchez and Suso and it took 13 rounds of spot kicks for the English giants to prevail.

Franck Kessie ‘s miss for Milan signalled the end of an encounter which entertained from start to finish and comfortably produced United’s best display of their pre-season tour so far.