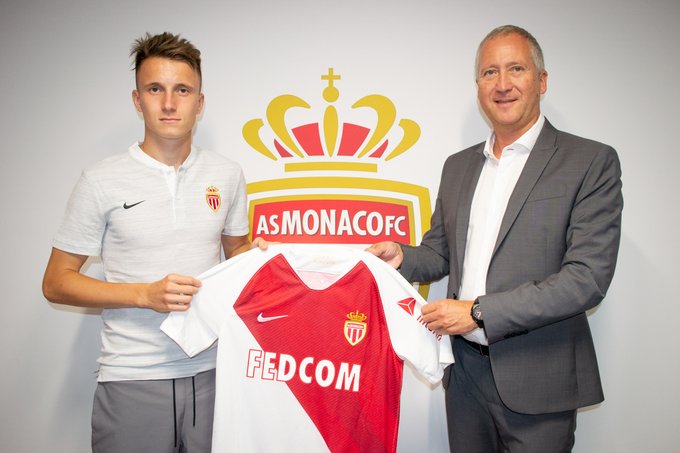 AS Monaco have signed Aleksandr Golovin from CSKA Moscow on a five-year deal for an undisclosed fee.

Aleksandr Golovin was heavily linked with Chelsea this summer.

The 22-year-old, starred for Russia at the World Cup, signed a five-year contract with the Ligue 1 club believed into the region of £35million.

“He is a talented young player, very prominent during the World Cup, but we have been following him for a long time,” Monaco vice president and chief executive Vadim Vasilyev said in a statement.

“He already has solid experience in the Russian first division and internationally.

“Despite the competition of very large European clubs, Aleksandr has chosen the sporting project of AS Monaco, which will offer him the best conditions to continue his progress.”

In his three seasons with CSKA, Golovin played 113 matches, including 23 appearances in the Champions League and Europa League. He won the Russian league title once in 2016